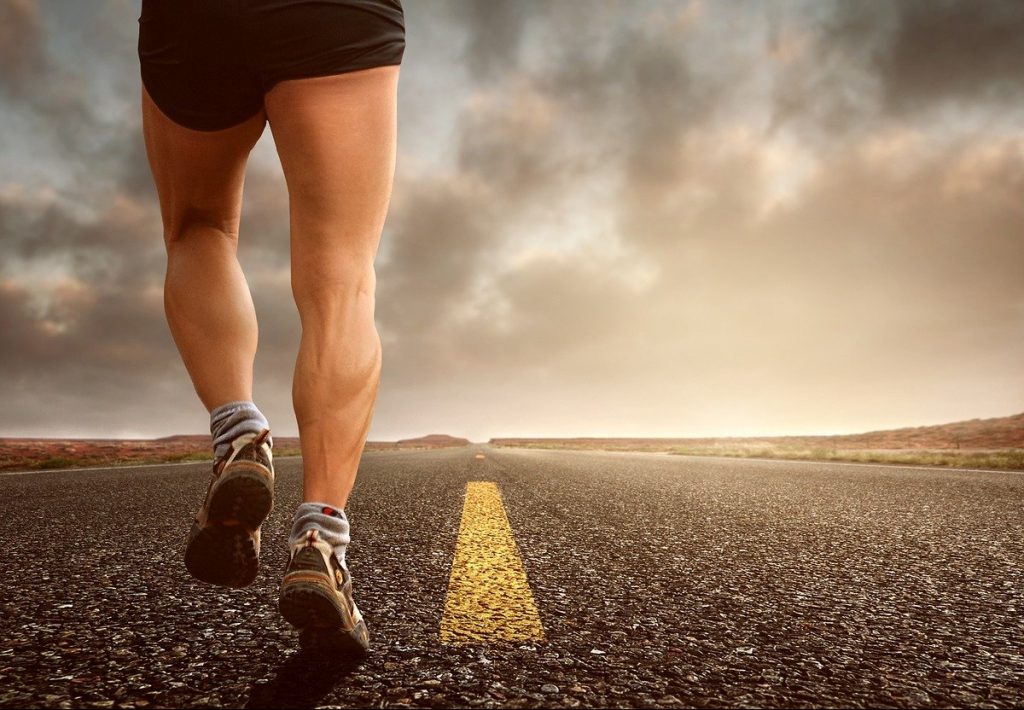 Two natural alternatives for athletes from a scientific perspective

Dietary supplements have become increasingly popular in recent decades, and their use in sports is no exception: both amateur and professional athletes use amino acids, minerals, vitamins, etc. In most cases, it is necessary indeed to complete these elements, because the body's need for them increases during exercise, and even a mixed diet may not be able to provide the full amount.

In addition to supplementing essential elements, many people also use performance enhancers. Health awareness has also appeared in sports, so natural alternatives to stamina-enhancing substances are also increasingly sought after. Based on centuries of experience and statements from elite athletes, two components stand out, which are often combined with each other.

Bulgarian athletes, who won medals at the 1996 Atlanta Summer Olympics said their outstanding performance was partly due to the use of Tribulus terrestris, which they consumed regularly during preparation. As a result of the sudden fame, the demand for tackweed increased, and it became more and more widely used, especially in sports with strength training. 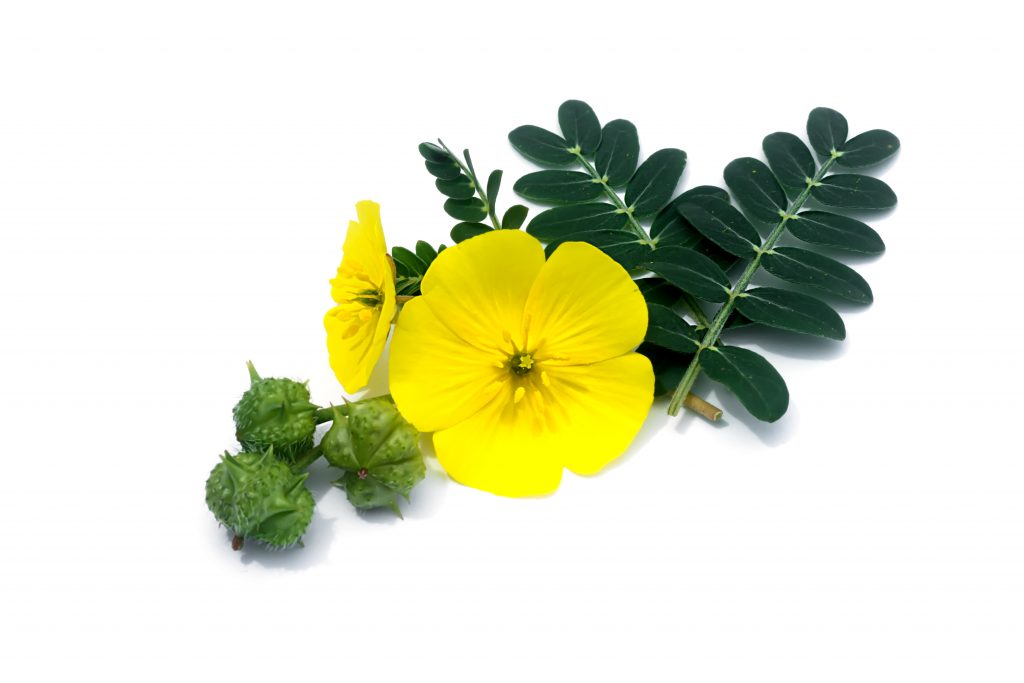 Thus, the tackweed, which is traditionally used in folk medicine for urinary tract infections, has grown into a dietary supplement popular among athletes.

From the scientific point of view...

There are several review studies on Tribulus. Experiments were carried out mostly with high saponin content extracts of the leaves or the fruits. This is due to the fact that, based on the results so far, physical activity and libido support are linked to this group of plant active ingredients.

Tribulus terrestris extract was found to support testosterone formation and muscle growth in healthy men. An increase in testosterone levels in men can also affect libido and sexual performance, but menopausal women have also experienced an increase in libido after consuming tackweed extract. The observations are further reinforced by the fact that the consumption of tackweed as an aphrodisiac is also part of the traditional use.

According to further observations, Tribulus terrestris is also good against oxidative stress and inflammatory processes in the muscles during sports, thus taking it can contribute to faster muscle regeneration. Unlike illegal performance enhancers, Tribulus terrestris is not harmful to the heart and may even have a cholesterol-lowering effect that can support the entire vascular system.

However, it should also be noted that not all studies have reached the above conclusions. When actively playing professional rugby players started using tackweed extract, neither increase in testosterone levels nor a further improvement in their stamina was observed. Despite conflicting attempts, it is still used by many athletes to this day, who trust in its effects.

The caterpillar fungus gained a wide reputation after the 1993 Stuttgart World Athletics Championships. Chinese athletes who set world record said they consumed Cordyceps mushrooms during preparation. The caterpillar fungus has been known in traditional Chinese medicine for more than 2000 years. It was originally used to strengthen vitality and physique, to increase sexual performance. According to the descriptions, those who regularly consumed the fungus were also very rarely getting sick. 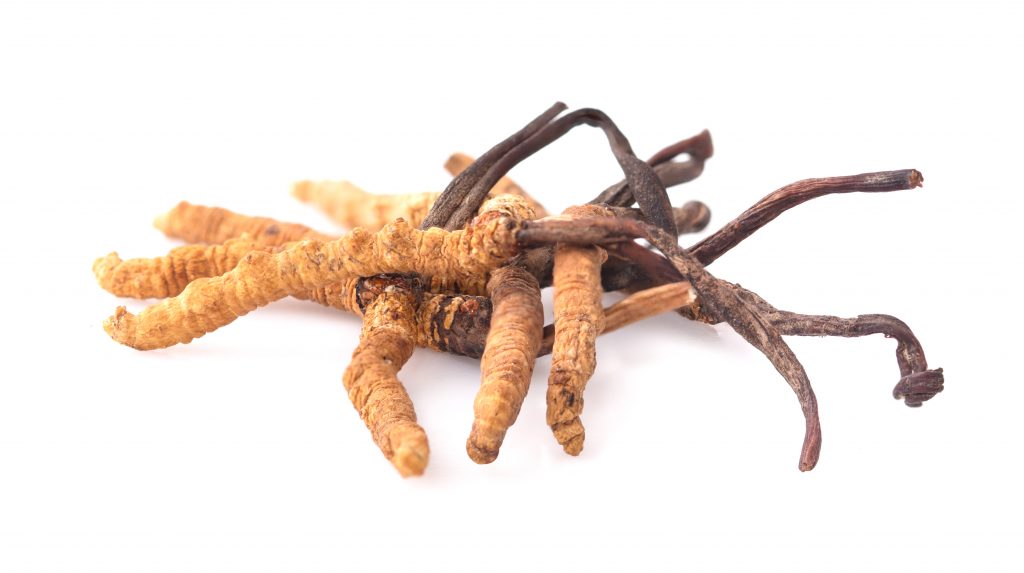 The caterpillar fungus, when put into food for animals, significantly increased endurance: the experimental mice swam more persistently than mice on the traditional diet. For humans, this is much harder to assess, because everyone has a specific lifestyle. According to a study, 92% of older people, who complained of fatigue reported improvement after taking Cordyceps sinensis, compared with only 14% with placebo. In another, multistage study, men with a sedentary lifestyle performed better on physical tests (for example running) after 2 weeks of caterpillar fungus consumption than those who received placebo.

In the background of the effects, an increase in blood oxygen level was observed and the release of oxygen in the blood capillaries was more intense. A research group measured hemoglobin level increase as early as 5 days after using the caterpillar fungus, and at the same time, they observed higher aerobic capacity.

Unfortunately, there are some questions in the case of the caterpillar fungus too. An experiment involved professional cyclists training for competition. The research showed that despite several weeks of mushroom use, there has been no improvement in cyclists ’physical performance, nor has aerobic capacity increased. Perhaps the reason for the opposite results lies in the fact that athletes preparing for competition have already paid attention to enhance their performance, even before the experiments started, as opposed to hobby athletes.

In summary, both Tribulus terrestris and Cordyceps sinensis are widely used and trusted by amateur and professional athletes for supporting sport and stamina. The basis for this goes back to folk observations, and it is still the task of modern science to prove these effects in even more details.

Using caterpillar fungus to increase physical fitness is just a small piece of what makes the fungus popular. According to folk and scientific observations, the improvement of vitality can also be explained through the protection of the kidneys, liver, lungs and vascular system. In an earlier post, we wrote about the possible role of the caterpillar fungus in cancer therapy.
Read more »